Carlos Edwards’ vision for his Be Well Do Well mini-grant, “I See You,” started from his own personal journey with mental health. When you meet this dynamic, outgoing mental health professional with a master’s degree in social work, it’s hard to imagine that he once struggled with depression to the point where he lost 60 lbs. in two months, cried himself to sleep every night, and created a plan to die by suicide. No one saw the depth of his pain. And that’s his point for “I See You.” Men—especially African American men—shut themselves off. They hide their emotions because it’s not “macho” to share them. But Carlos realized that he could help men open up to other men, creating a circle of trust and healing. “It’s important to check in on each other,” he said. “As men, we hold onto things, and it becomes too heavy for us. Sometimes all it takes is to say to another brother, ‘Hey, I see you. Let’s talk.’ Who better to help carry your load than another man?”

The men in the 12-week “I See You” program were mostly from Riviera Beach and could relate to the challenges of their community, including poverty, violence, drugs and incarceration. It helped that Carlos could not only “see” the men, but also communicate with them in a shared language. “When they come here, they’re afraid to talk because of what they’ve been through,” said Carlos. “I realized they were broken and hurt. For so many African American men, their story was like my story. You have to let them see you, that you’ve been through what they’re going through, and let them know you understand their language.”

Carlos balanced his ability to connect with the men with his training in cognitive behavioral therapy, using role playing and talking about abuse, substance abuse, physical and sexual abuse, and self-care, along with topics that were important to the participants about what they were dealing with in their personal lives. Carlos was also sure to get the men together in settings where they could let their guards down during bowling and Drive Shack outings or sharing a meal together. “When men get together to talk, that’s a sacred bond, especially when they’re not used to it,” said Carlos. “If you can get them comfortable and able to open up and talk, you’ve made a difference for a lifetime.”

Carlos is making a difference in his own generation and the next. “I’m teaching my son that it’s OK to have emotions and to talk about them,” he said. “He tells me everything. And he knows that if he comes to me and asks, ‘Can we talk?’ I’ll drop everything at that moment. It’s the same thing I do with my clients.”

Antony, one of Carlos’s clients in the program, is passing the same mental wellness lessons to his own son thanks to “I See You.” “We were told as kids, it’s not OK for boys to cry, but I let my son cry if he’s upset,” said Antony.  “It’s not a weakness. Before, there was a feeling that you shouldn’t express yourself that way. But the program has impacted me and my son to know that it is OK to share your emotions.”

For Antony, Carlos sharing his mental health personal journey with the group was a game-changer. “That wasn’t easy to do,” said Antony. “He showed his own vulnerability. That’s why I shared my  personal story. It’s not easy to be vulnerable in front of people. I’m learning, I still have more to do, but I’m putting in the work.”

Carlos has learned a great deal about his own mental health and his capabilities through the program. “Having other men to share experiences with has helped me relieve my stress, too,” he said. “I’m grateful for them as much as they are for me. Sometimes I’m the student.”

Many more African American men will have the opportunity to learn and share as Carlos takes his “I See You” to the next level at The Gate International Ministry in West Palm Beach. The pastor has welcomed Carlos to bring his program to help support the men of the faith community. “I understand the necessity of it and I have confidence that I didn’t have before. After this experience that BeWellPBC has funded, I know I can do anything I put my mind to.” 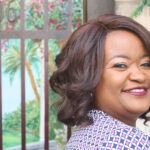 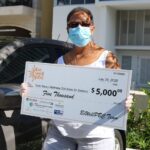 Follow us on Social Media to get the latest updates and Be Well!